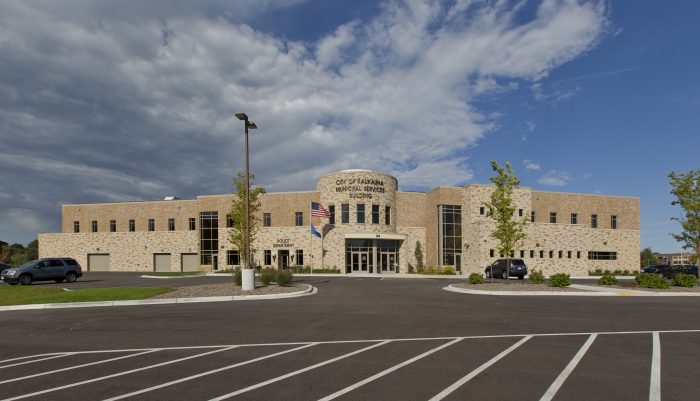 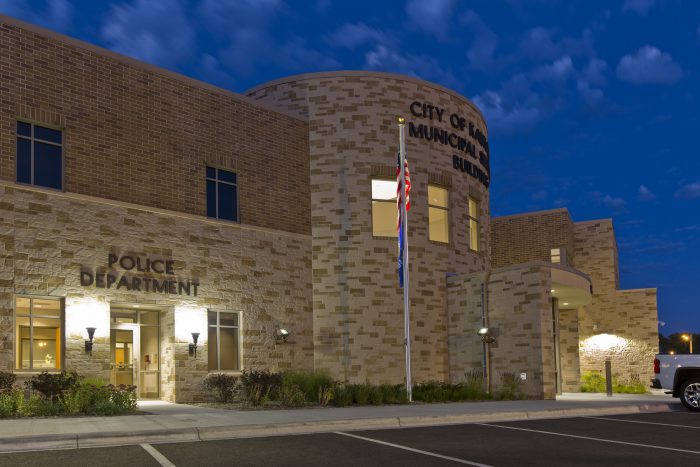 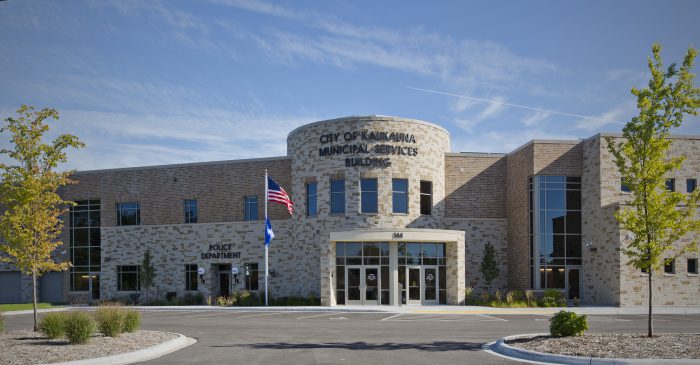 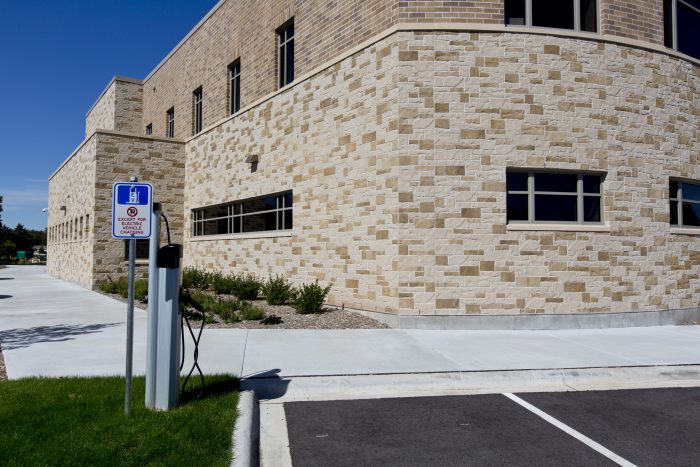 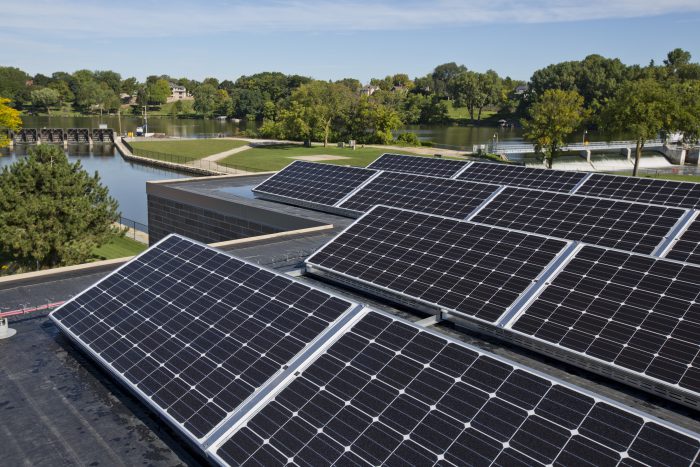 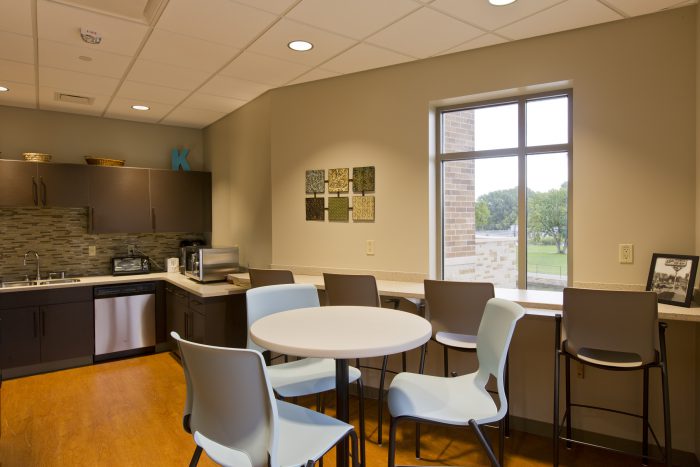 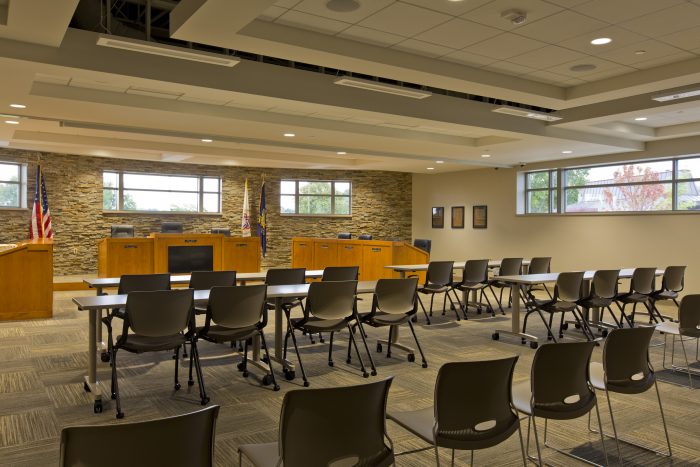 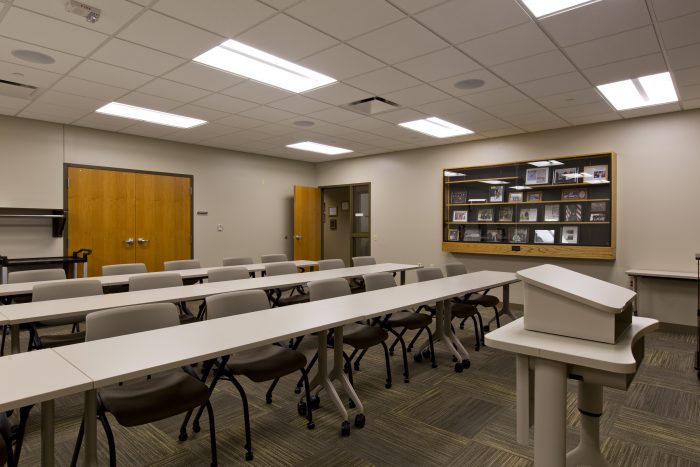 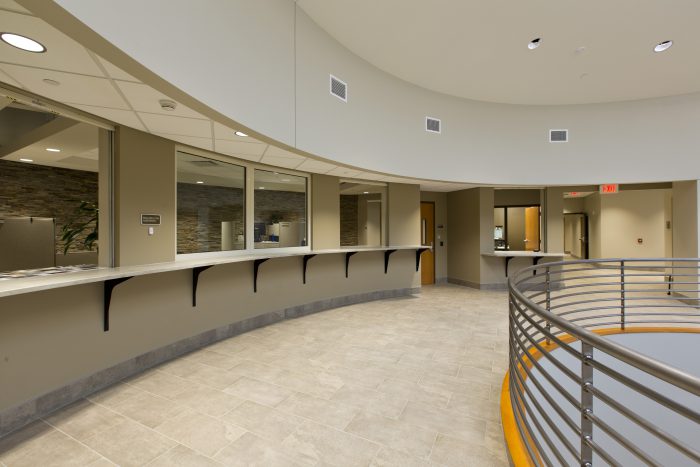 The Kaukauna Municipal Building is a 48,000 sq. ft. facility housing the City Administrative Offices, City Council and Police Department. The City departments were all segregated and located in different buildings which were in need of repair. The main goal of this project was to bring them all together in one municipal building that will serve as an accessible, welcoming center for the community, as well as a home for City Government. The move to a consolidated facility will ultimately save taxpayer funds and provide an efficient building for City Hall, Police and the courts to better serve the community.

Although constructed to serve the future needs of Kaukauna, many design elements were inspired by the local history. A unique blend of masonry veneer was specially created to incorporate the rich history of local limestone quarries. The blend is now called “Electric City Blend” as an ode to some of the earliest hydroelectric power plants that are just upriver from the project. The Kaukauna Municipal Building was built to LEED Gold Standards including a geothermal heating/cooling system, LED lighting, solar panels and an electric car charging station. It was completed on time and in budget.

This project won an AGC BUILD Wisconsin Award.  The BUILD Wisconsin Award stand as a testament to each AGC of Wisconsin member’s skill, integrity, hard work, ingenuity, and commitment. Entries are evaluated on design and craftsmanship, sustainability, innovation in construction techniques, meeting difficult challenges, and client satisfaction.  There were 12 other entries the Kaukauna Municipal Building category.