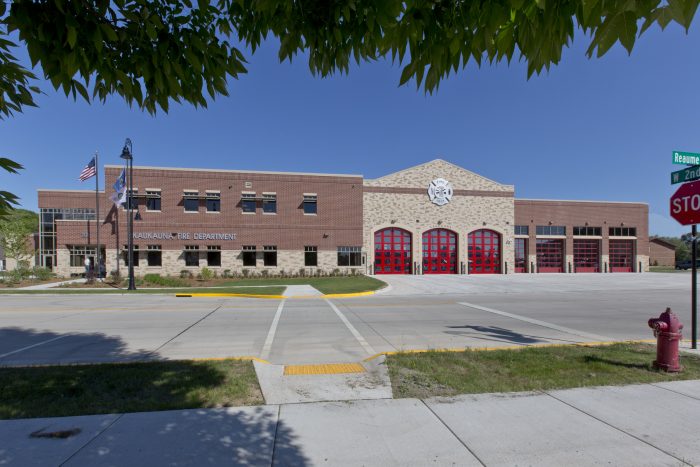 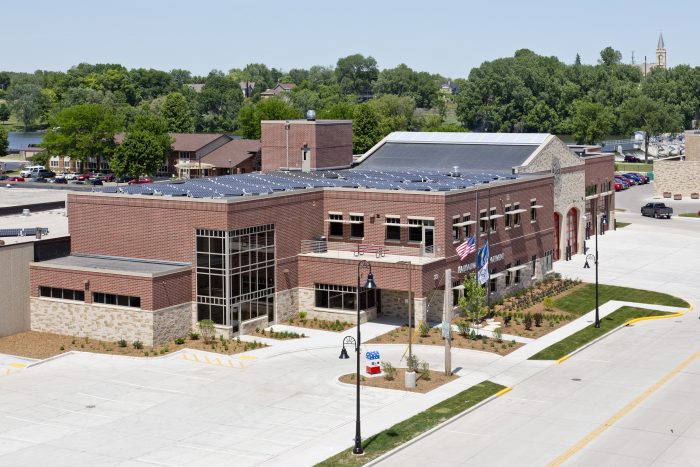 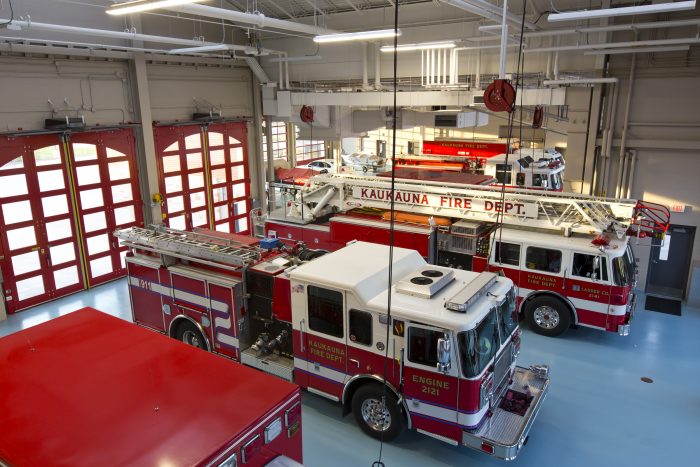 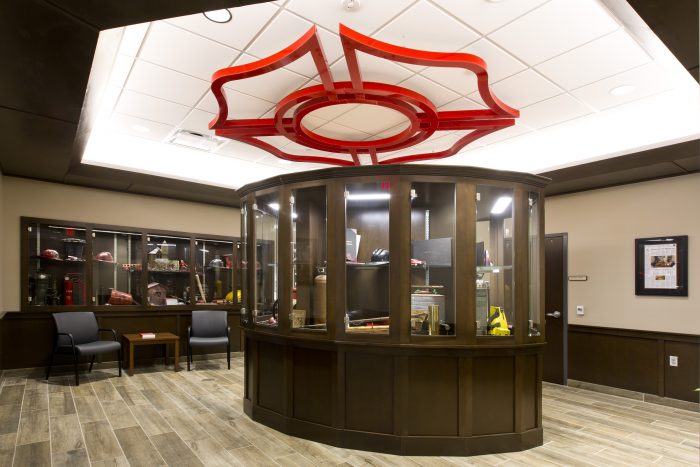 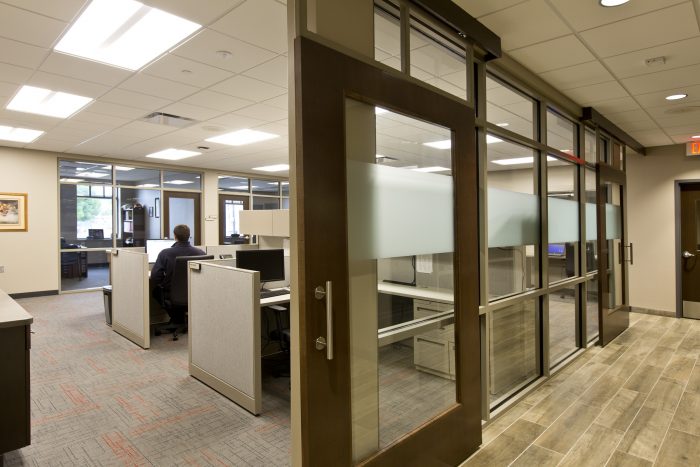 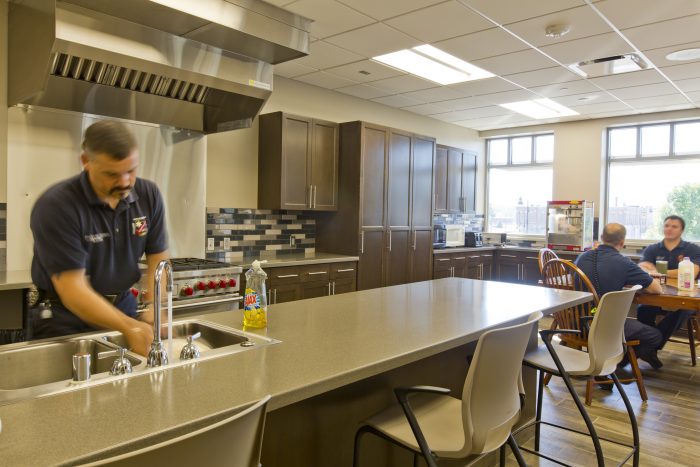 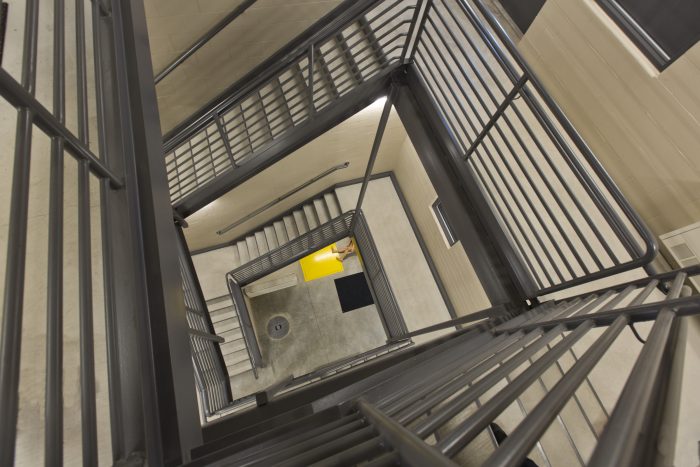 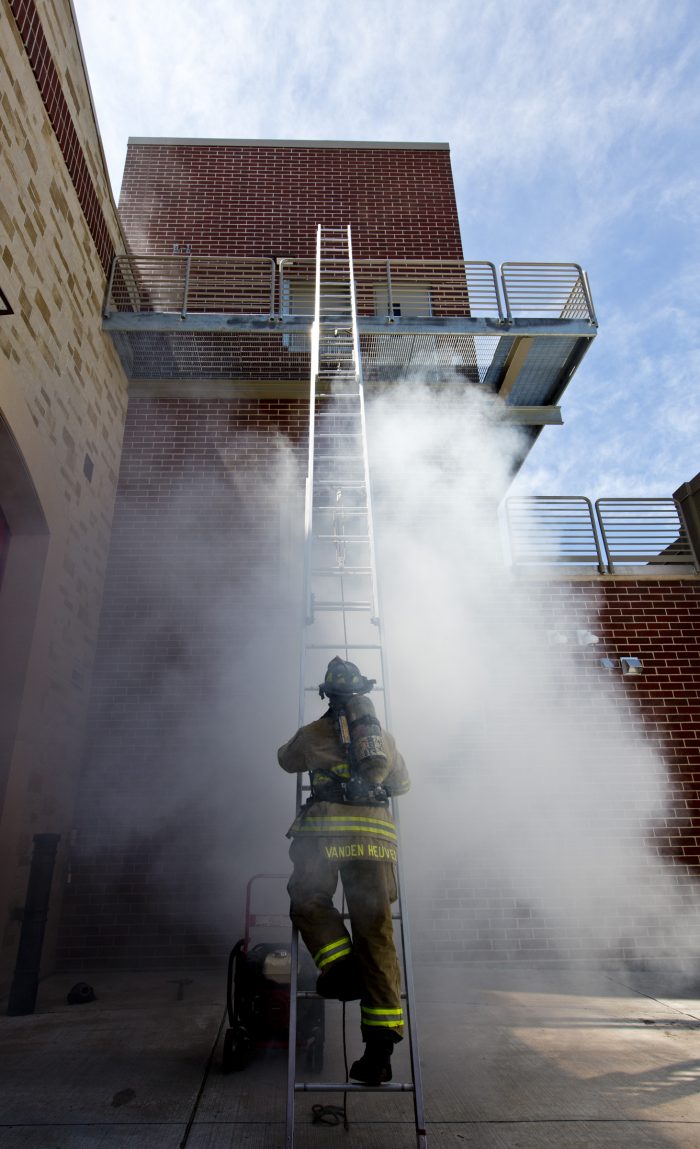 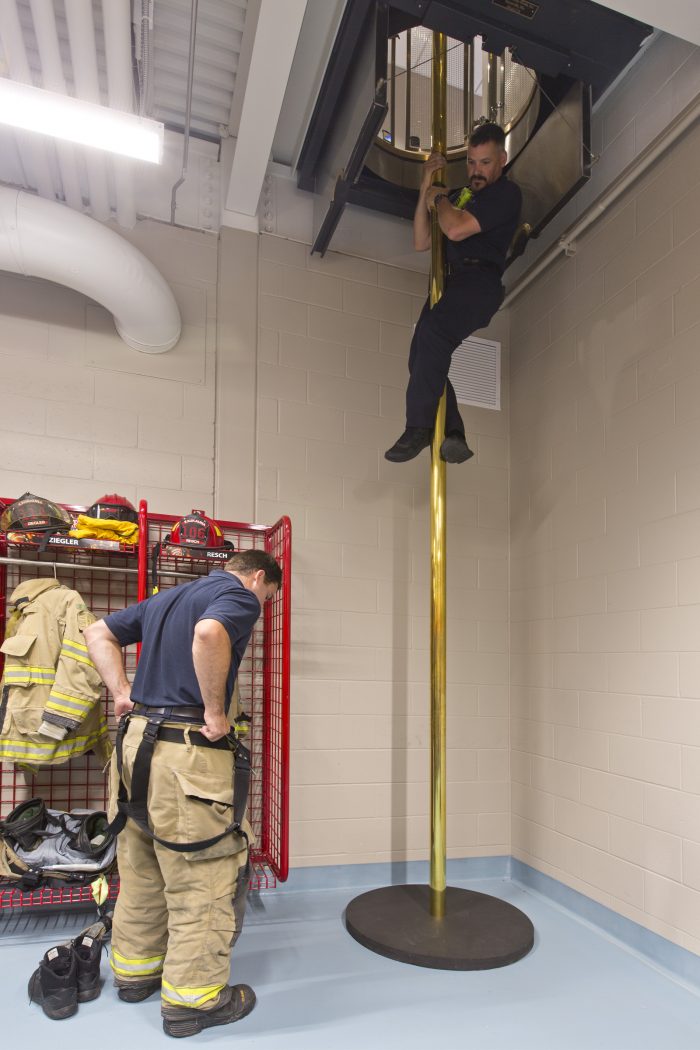 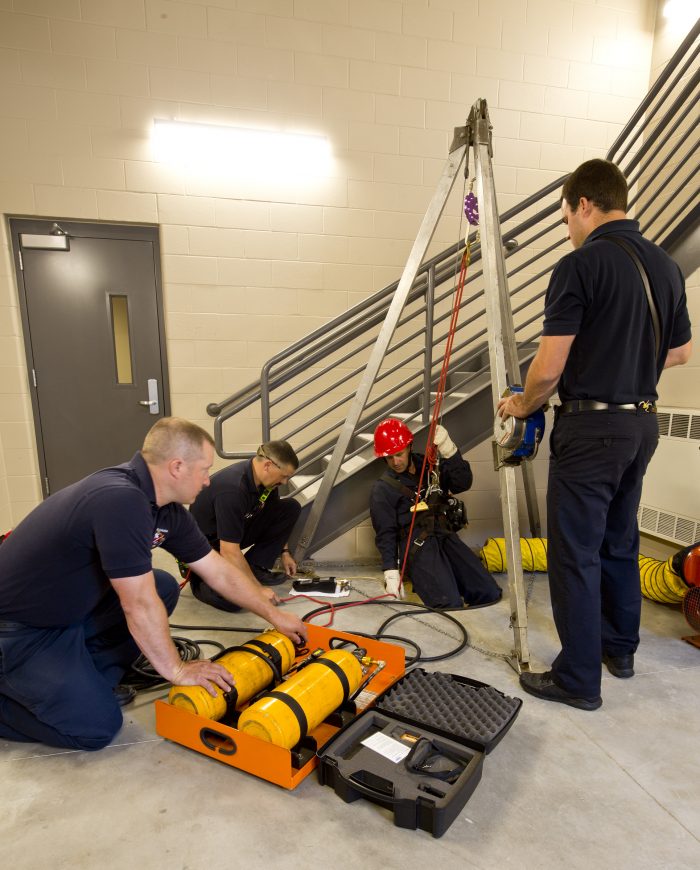 This facility was originally the old Kaukauna City Hall. When the City Administrative Offices, City Council Chambers and Police Department were relocated across the street, a portion of the original City Hall building was removed and, in its place, a new state of the art Fire Station was constructed. The spacious garage provides ample storage for the various fire department vehicles and plenty of space for the staff quarters and new training areas. Due to its strategic location for efficient response time, the station was built on a tight urban site in Downtown Kaukauna. The 1.3-acre site accommodates the nearly 25,000 s.f. station, outdoor training areas and staff parking while accommodating on site storm water infrastructure.

The new Fire Station is functional and efficient and has shortened the response time for emergency services.

The new facility consists of 7 drive-thru bays for their fire trucks and rescue vehicles. This allows the crews to return from an emergency call and be readily available if another call should come in. Half of the overhead doors consist of four-fold doors that open sideways, take 12 seconds to fully open and close automatically after sensing that the vehicle has cleared the door. There is a skylight installed in the apparatus bay to add an abundance of natural light. This skylight spans the entire depth of the apparatus bay and eliminates the need for electric lighting during daylight hours.

There is a fireman’s pole installed to allow the fire personnel to easily get from their sleeping quarters on the 2nd floor to the turn out gear lockers on the 1st floor. When the safety gate is opened on the 2nd floor, 2 access hatches automatically open allowing the personnel to slide down the pole. When the hatches are closed, the opening is sealed to keep any fumes from the apparatus bays from transferring to the living quarters.

There also are some unique training areas though-out the facility including a confined space rescue area, rooftop rescue training and a specialized training tower. These built in amenities allow the personnel to perform countless training evolutions within their station and eliminates the need for them to seek outside facilities for training. Along with this, special components were built into the station to allow the staff to perform necessary testing, such as annual hose and ladder testing, on-site.

This project also won a Notable mention in the Station Design Awards presented by Firehouse Magazine.