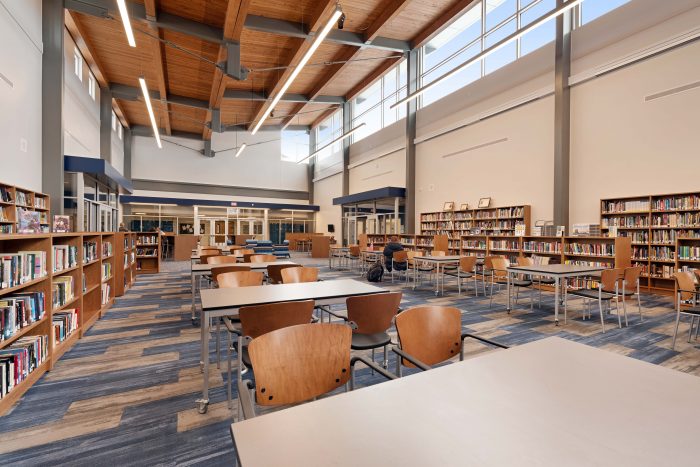 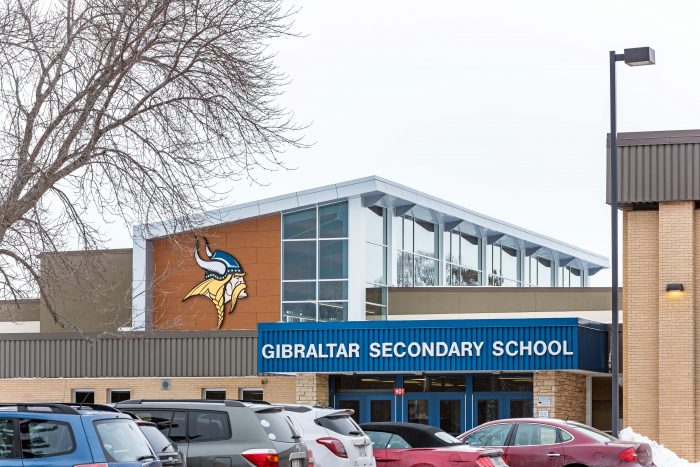 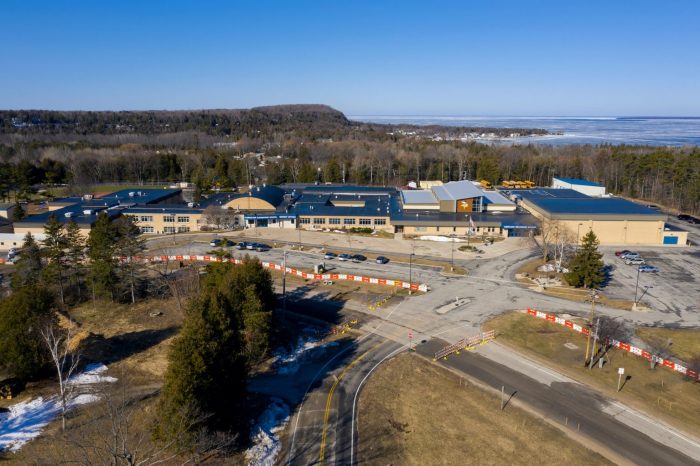 The major part of this project involved adding a second clerestory addition to the existing Library.  The existing facility lacked any natural light; it was dark, dingy and not conducive to a good learning environment.  To allow an abundance of natural light into the space, the roof was removed and a second story was added with exposed structural steel, glue laminated timber and beams and 360 degrees of windows.  Classrooms with glass doors were added around the exterior of the Library Media Center space to also take advantage of the incoming natural light.  New secure entrances were added, the existing finishes were updated and new lockers were added to help with the continued growth of the school.