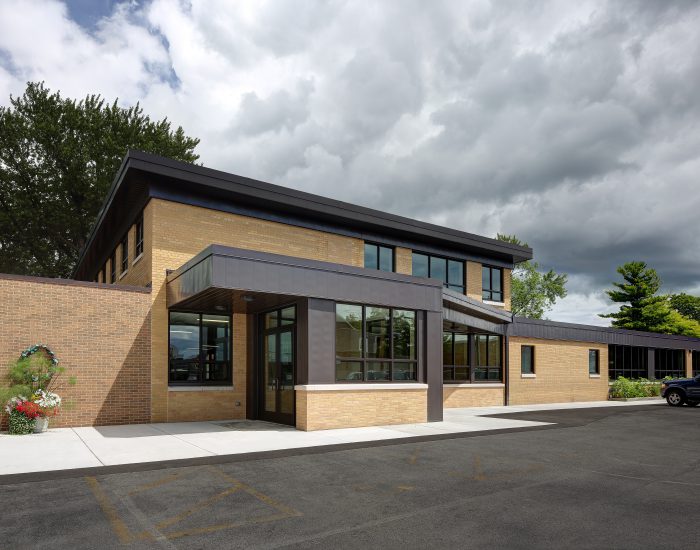 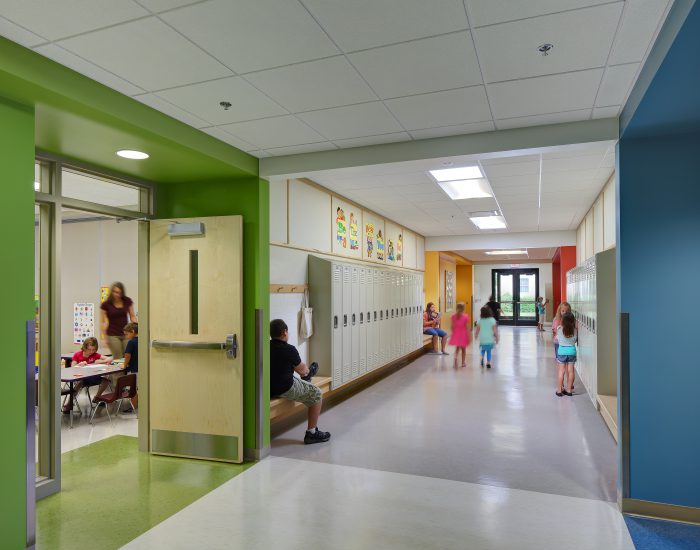 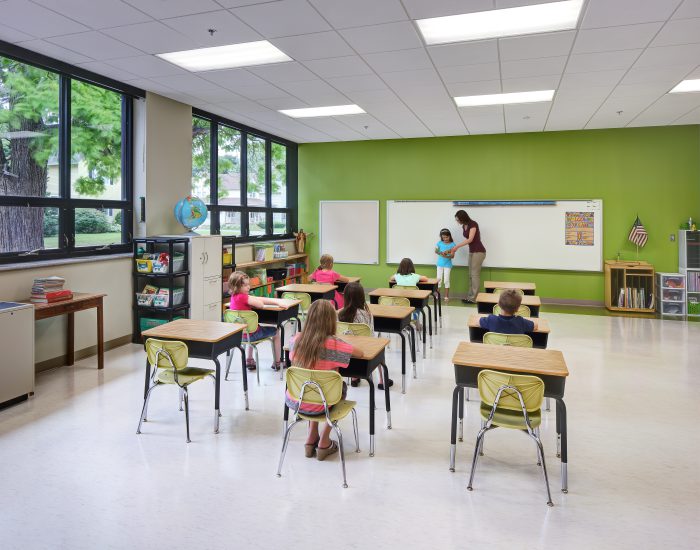 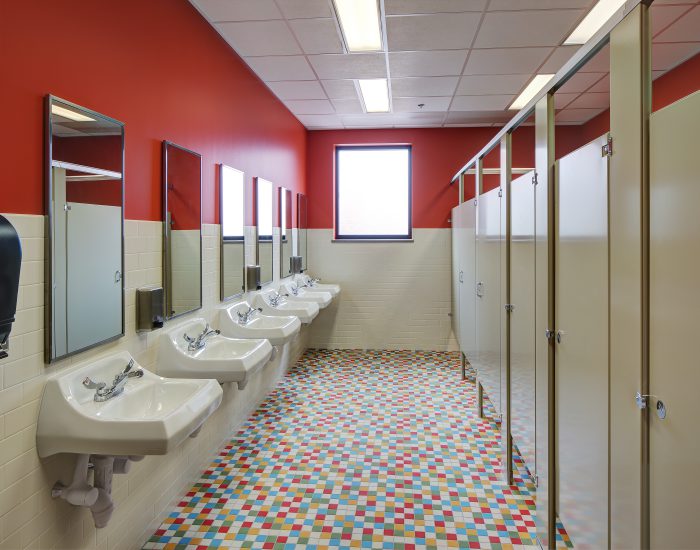 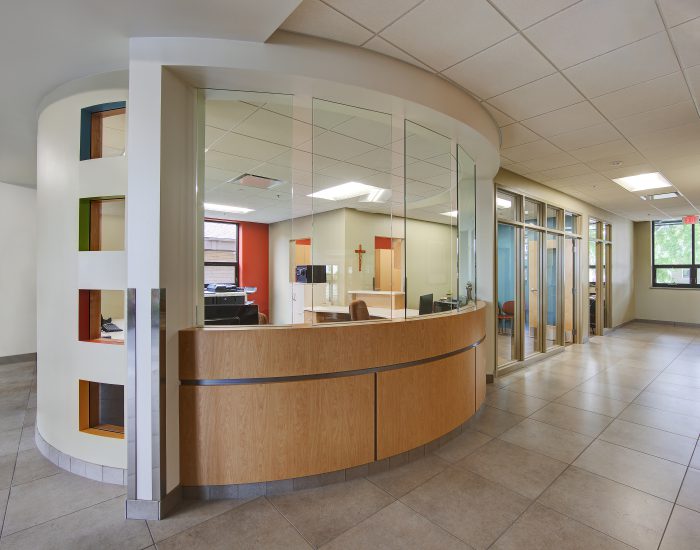 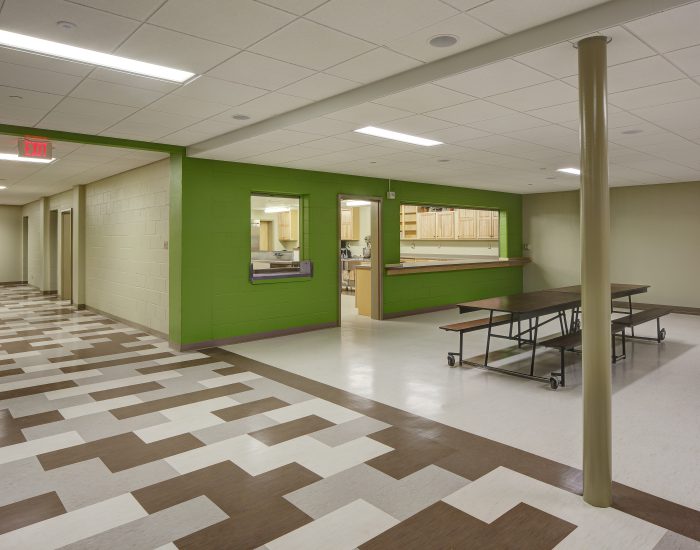 St. Anthony Parish is an important part of the Oconto Falls Community and dates back to 1913.

An intentionally set fire devastated the St. Anthony School. The combined effects of smoke, fire, water and exposure to weather left the building’s interior in need of replacement.

The school had been built in the late 1950s as both a school and 2nd floor residence for the Sisters who taught at the school. The fire gave St. Anthony’s parish the opportunity to reconfigure spaces for current use, and provide accessibility to all floors of the building with a new elevator. The fire restoration created a new interior while keeping functions as close to the pre-fire location as possible. Toilet rooms, classrooms and entries all stayed in place, while the new layout solved problems of security for the school children, and circulation between the school and adjoining church.

Entry from both sides of the school now opens into a central lobby with a radiused reception desk at its hub, providing clear view of all persons entering from either side. A connecting passage from the adjoining Church now opens into the lobby, which can function as a shared social space. A new elevator was inserted into the existing building, also located off this common circulation area. Porcelain tile flooring unifies the lobby and circulation paths entering from four directions. All finishes in the common areas were chosen to be durable and appealing to both children and adults.

The basement kitchen, cafeteria and activity area sustained mostly water damage from the fire-fighting effort. An older spray-finished ceiling was destroyed, allowing the opportunity for new ceiling and lighting to create a more welcoming atmosphere. A simple pattern of neutral, rectangular, vinyl tiles separates the cafeteria area from the activity area of the large room and connects to the elevator located at the other end of the floor.

The second floor had been small separate rooms with a few larger rooms that were not well suited to their current usage. The fire allowed all of this to be reconfigured for better space usage as religious education, storage, lounge and meeting rooms. Elevator access and two new restrooms make the floor accessible for all parish members. A slightly modified stair configuration brought the floor up to current standards of safety.